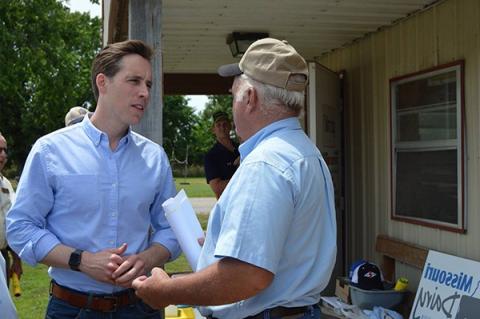 Of all the Democrat senators in states that voted solidly for Donald Trump, Claire McCaskill may be the most hostile to the President’s conservative agenda.

While Democrat senators representing Indiana, West Virginia, and North Dakota supported the confirmation of Supreme Court Justice Neil Gorsuch, McCaskill’s leftist beliefs led to her vote against that well-qualified jurist.  According to Elena Schor and Burgess Everett of The Hill, “senators in both parties do not expect her to support” Judge Brett Kavanaugh for the current Supreme Court vacancy.

Given the great importance of a Supreme Court that will be faithful to the Constitution, her Supreme Court votes alone would justify her defeat by Republican Josh Hawley in November.

However, there are plenty of other reasons to get rid of McCaskill.

She opposed the tax cut that increased the paychecks of tens of millions of Americans and has helped transform the sluggish Obama economy into one of rapid growth.

She opposed the repeal of ObamaCare, condemning Americans to a continuation of big insurance premiums, high deductibles, limited choices, and massive government spending.

She has been a prominent supporter of abortion on demand.

She has voted with her fellow liberal Democrats to push for amnesty for illegal aliens while opposing the building of a wall to close the border with Mexico.

Her record on gun ownership has earned her a grade of “F” from the National Rifle Association.

She has voted against almost half of the President’s cabinet choices, trying to deny him the right to have loyal conservatives carrying out his policies.

Republican candidate Josh Hawley has been running a close race in the polls, and has pulled slightly ahead in one recent poll.

Hawley is the incumbent Attorney General of Missouri, having won election with 59% of the vote two years ago.  He proudly describes himself as a “constitutional conservative”, is a member of the Federalist Society, and can point to his work in the Hobby Lobby case and others defending religious liberty.

If Republicans are going to increase their Senate majority this fall, Missouri is one of the states that must go for the GOP.

FedUp PAC wants to make sure that voters, especially in key states such as Missouri, know what it means for them if Democrats are back in control of the Congress next year.

We can do it again in 2018.  We can make sure voters know why they must keep Republicans in control of the Congress and add to the Senate majority by electing candidates such as Josh Hawley. 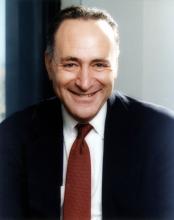