March 19, 2020FedUp PAC Staff
What Democrats’ Socialist “Open Borders” Policy Means to You and to America

FedUp PAC has been out front on the effort to BRAND the Democrats as soft on border security, as turning a blind-eye towards serious crimes committed by illegal aliens, including murder, sex assaults, and as champions of the endless list of taxpayer-funded benefits to non-citizens as a result of the Democrats’ disastrous open borders policies.

Not until recently has the dark side of the illegal immigration crisis become the “number one” concern on American’s minds.  Thanks to social media, nonstop cable news reporting, and detailed accounts from FedUp PAC and others about Americans who have been victims of illegal alien wrong-doing has the issue of a crisis at our Southern Border become a line-in-the-sand for socialist policies verses common sense safety solutions. 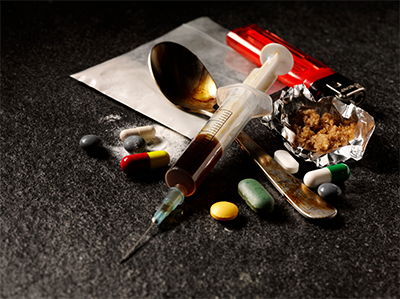 As readers of My FedUp Voice know, the Left has been saying that President Trump is manufacturing this crisis. If so, then why did President Obama claim on NBC News in July of 2014 that “we have an actual humanitarian crisis on the border?”  Even the liberal Washington Post echoed Obama’s concerns in 2014 with the headline “White House Requests $3.9 billion in Emergency Funds for Border Crisis.”

Prior to that, MSNBC commentator Andrea Mitchell stated in a report in June of 2014 “that undocumented children flooding the border were ‘creating a crisis’ for authorities.”

And let’s not leave out Democrat Senator Chuck Schumer from New York, who, according to a Fox News report dated January 10, 2019, “advanced for five times the funding for border security that included wall expansion less than five years ago.”

“It’s not about saving American lives.  It’s all about getting more Democrat voters to overturn your vote.”

If the crisis at our Southern Border is some sort of national caper manufactured by President Trump to keep a campaign promise, then Obama, Schumer, and the talking heads on the Left must have manufactured a tough-on-national-security posture just to make Democrats look good.

That’s because nothing was done to address immigration reform when the Democrats had control of Congress and the White House.  But that should come as no surprise. The reality is the Democrats have adopted the socialist goal of open borders in their effort to add new Democrat voters.

You see, the Democrats believe that these illegals will vote someday.  And with 70 percent of the immigrant vote traditionally supporting the Democrat Party, it now makes perfect sense.  The fact is, thousands of Americans are killed and victimized by illegal immigrants every year, and the Democrats are okay with that as long as they get more Democrat voters.

So President Trump is right. This is a national crisis! 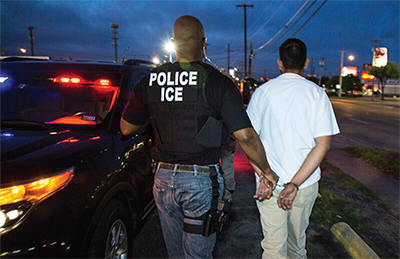 The Democrat Party now controls all the congressional districts along the Southern Border, which could account for their “no border crisis” fist-pounding.  But statistics of death and violent crimes coming to America through the Southern Border shows otherwise:

Ninety-seven percent of illegal aliens come to America across the 2,000-mile Mexico-U.S. border; only 20 percent are caught.  Of the 20 percent caught, 30 percent already have a criminal record in America. (United Nations)

According to reports from the Government Accountability Office, they estimate an average of 456 criminal aliens are arrested for homicide every year.  If those numbers are correct, it translates to 4,380 Americans murdered annually by illegal aliens.

That’s 21,900 murders since September 2001.  That is more than five times the number of U.S. troops killed in Iraq total during that same time period (4,048), as reported by the Department of Defense.

Drug overdoses in 2017 killed an unprecedented 72,287 U.S. residents, nearly three times the number of individuals killed by global terrorism.  Nearly 50,000 of those deadly overdoses were caused by either heroin or fentanyl. (breitbart.org)

A Heritage Foundation study found that 91 deaths per day in America are related to illegal fentanyl, of which 90 percent comes across into America through the Southern Border.

In 2017, a FAIR's "The Fiscal Burden of Illegal Immigration on United States Taxpayers" report put the total cost of illegal immigration at $135 billion a year, while claiming undocumented immigrants paid only $19 billion a year in taxes.

Tens of thousands of murders, drug-related deaths, sex assaults, burglaries, and DUI deaths every year, and more than $100 billion in taxpayer-funded subsidized benefits, and Nancy Pelosi and Chuck Schumer don’t see this as a crisis? 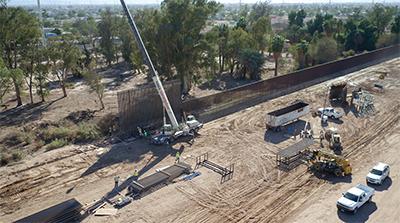 What if This Happened to You?

Maybe the socialist Democrats should talk to Agnes Gibboney, mother of Ronald da Silva.  Da Silva was gunned down while standing in his driveway talking to a friend by an illegal alien who had been previously deported in 2002.

This illegal alien was sentenced to 21 years in prison, but is scheduled to be released this year.  Agnes made a powerful statement when she said “the guy that killed my son has a determinate sentence in prison but I have a lifetime sentence of grief and pain.”

Estimates of Americans murdered by illegal aliens annually range from 4,380 based on data collected from prisons, news reports, and independent research, to 15 per day or 5,475 annually according to official Government Accounting Office (GAO) reports.

What's more, GAO reports suggest that illegal aliens are responsible for 22 to 37 percent of all murders committed in America despite representing only 3 to 8 percent of the population.

The Violent Crimes Institute also estimates that there are about 240,000 illegal immigrant sex offenders in America who have had an average of 4 victims each.

When Brett Kavanagh was up for confirmation as the latest Supreme Court justice, Democrats claimed to be the biggest champions against sex crimes.  So, where are they now? They utter not a single word of outrage, horror, or concern regarding illegal alien sex crimes.

“Open Borders” Democrats Care More About Illegal Aliens than they do About U.S. Citizens

It’s not as though President Trump is crying the “sky is falling,” and declaring national crisis after national crisis.  In fact, national emergencies declared by President Obama include: aid to Somalia, aid to Libya, aid to Yemen, aid to Ukraine, aid to Sudan, aid to Central Africa, aid to Venezuela, and aid to Burundi.  (And no one loudly protested Obama’s emergency declarations.)

National emergencies declared by President Trump include just one: the Crisis on our Southern Border—or you could say aid to America!  (Just one emergency declaration and in total, and the Left is in an uproar.)

FedUp PAC supporters are part of a powerful volunteer army, like a modern-day army of “Paul Reveres” working to spread the truth about the Democrats dangerous policies.

Despite the overwhelming evidence and statistics of death and violent crimes coming to America through the Southern Border, Nancy Pelosi and the Democrats continue to state there is no crisis on the border, and shamelessly embrace an open borders policy and other dangerous and life-threatening positions.

In fact, several Democrat presidential hopefuls have gone as far as to endorse a new and dangerous policy calling for the decriminalization of illegal immigration crossings on our Southern Border.

U.S. Customs and Border Protection (CBP) data provided to the House Oversight and Reform Committee this week reveal that two recent caravans of about 11,300 nationals that flooded the United States-Mexico border in October 2018 and January 2019 included about 1,520 previously deported illegal aliens who had been convicted of crimes in the U.S.

Of those 1,520 previously deported illegal aliens, the criminal convictions in the U.S. included: murder, sex crimes, violence against law enforcement, assault, and aggravated assault with a deadly weapon. - breitbart.com  11/19/2019

Readers of My FedUp Voice are asked to do several things to help continue the open borders BRANDING of the Democrats, including going to the FedUp PAC webpage, www.fedup.org, and ordering our unique BRANDING cards to help educate and empower voters about the Democrats’ open borders policies and more.  Secondly, please consider a gift to help with the cost of distributing these cards so we can get them into the hands of tens of thousands of family, friends, co-workers, fellow churchgoers, and others.

FedUp PAC is currently working on additional materials, like hard-hitting videos and other micro issue targeted BRANDINGcards, as well as issue background papers.  Your continued financial support will be critical in FedUp PAC’s efforts to expose the Democrats as the socialists they have become.