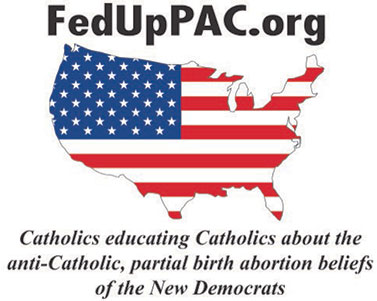 Concerning This "Micro-Targeting" Battle Plan I Have Launched

To Show Millions of Catholics Who Usually Vote Democrat
How Today's New Democrat Party Has Become
Openly Anti-Catholic, Radical on Abortion and Even
Openly Anti-America . . .

. . . So We Can Help Reelect President Trump in 2020, Win Back Control of the House and Increase Our Pro-Trump Majority in the Senate.