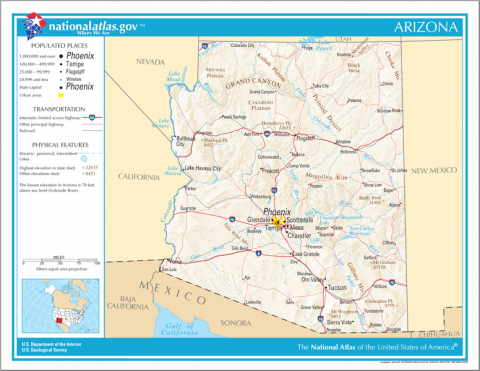 The recent special election in Arizona shows both the danger and opportunity facing Republicans this year.

Republican Congresswoman-elect Debbie Lesko won the Republican district by only a small majority, once again confirming that Democrats enjoy the same sort of “enthusiasm gap” that boosted Republicans in 2010 and 2014.  Democrats can’t wait to get to the polls and cast a symbolic vote against President Trump.

But Lesko won by campaigning as a conservative and a Trump supporter, not by running away from Trump and his conservative-populist agenda.  She praised his border wall and his immigration policy.  She was supported by the Freedom Caucus, the most conservative members of the House.  Lesko gave conservatives a reason to turn out on Tuesday, and they rewarded her with a victory at the polls instead of the Democratic upset predicted by many in the liberal media.

The election demonstrated the effectiveness of the strategy followed by FedUp PAC.  The Republican Party needs to nominate conservatives, and then use careful digital and postal targeting to bring voters, especially swing voters, to the polls.

Nominating candidates hand-picked by the Washington Establishment plays into the hands of Democrats.  Why should a conservative-populist Republican voter spend time going to the polls for someone who will continue Washington’s business-as-usual approach?

We need candidates who contrast sharply with establishment drones of both parties – candidates who are eager to take on the job of “draining the swamp.”

That prospect is what makes conservative voters just as enthusiastic as the Democrats who hope to elect an “impeachment Congress” this fall.

That’s why FedUp PAC is supporting candidates who will shake things up when they get to Washington, candidates who are dreaded and denounced by the GOP establishment.

We need more Representatives who will be like Devin Nunes, Jim Jordan, and Matt Gaetz.  We need more Senators along the lines of Ted Cruz and Tom Cotton.

To make sure such candidates are nominated and elected, we must use the most cost-effective and up to date methods of finding, persuading, and turning out the voters who decide elections.

FedUp PAC’s Chairman, Richard Viguerie, was a pioneer in such marketing.  As early as the 1960’s, he used direct mail to bypass the expensive mass media and reach out to conservatives.

Now technology has added internet communications, and FedUp PAC has added email, FaceBook, and Twitter to its arsenal.  These also allow us to target the people most likely to need persuading and motivating.

Just two years ago, FedUp PAC targeted states such as Florida, Pennsylvania, Michigan, North Carolina, and Wisconsin.  That effort helped swing them into line for Donald Trump while also helping elect senators in Pennsylvania and Wisconsin.

This program of voter contact by email is relatively cheap, and highly cost-effective, but it is not free.

FedUp PAC is already planning what needs to be done to bring more victories this year.  Those plans can move forward as soon as we have the funds to proceed.

With your help, we can nominate and elect a Congress that will joint President Trump in Draining the Swamp.  Without it, FedUp PAC will be sitting on the sidelines, unable to help.