The McGovern Democrats Are Back

The 1972 nomination of George McGovern marked the transformation of the Democratic Party into a party that expressed open hostility the American armed forces, calling for cuts in military spending and opposing any use of force in support of U.S. interests around the world.  Even military aid to American allies was seen as an illegitimate use of U.S. resources.

Following the 1991 Gulf War, Democrats attempted to change their image, claiming to support a strong military and to accept the need for the use of military force when U.S. interests were at stake (and sometimes for purely humanitarian reasons).

Today all that is forgotten, and the McGovern Democrats are back.  In the debate over the spending bill to keep the U.S. government funded, Democrats made clear that their priorities were the funding of welfare state programs.  Military spending was portrayed as, at best, a necessary evil, something that must be accepted as part of the bargain for more welfare.

When President Trump called for the necessary renewal and technological upgrading of our aging nuclear arsenal (something even President Obama had grudgingly conceded was necessary), Sen. Edward Markey (D-MA) called it a “road-map to nuclear war” and the Democratic left was nearly apoplectic in their criticism.

The most recent example of the Democrat’s revived hostility to the armed forces has been their explosively negative reaction to President Trump’s idea of having a military parade in Washington to show appreciation for the sacrifices of the men and women now serving.

At a time when the U.S. has just finished a successful war against the caliphate of ISIS, and is building up in preparation for other potential conflicts (including the possibility of war with North Korea), this might seem an obvious way of both honoring the members of the armed services and warning our enemies that we are ready if they choose war.

The criticism from the Democratic left was intense and instantaneous.  The parade was labeled “something you see in a totalitarian country” and an event that might encourage American nationalism (is that bad?).  One Washington Post columnist actually expressed concern that the parade would send the world a message about the military strength of our nation.

Members of the Washington, D.C. City Council quickly declared that they wanted no such parade in their city, and one even pledged that he would organize a large protest if the parade was held.  Another said “I don’t want to be a totalitarian state, and this is straight from their playbook.”

The President has left no doubt that he takes seriously his role as commander-in-chief and wants to be sure our armed forces are ready for any challenge.  However, that will require a Congress willing to cooperate.  A Democratic Congress, filled with those who see the military as a problem rather than protection, could shut off the funding that the Department of Defense must have in the years ahead.

That is why the 2018 elections to Congress are so important to each one of us.  The fate of our armed forces may be at stake.  We must elect candidates who understand the need for a strong defense.

That is why FedUp PAC will be working every day to not only retain GOP control of Congress, but to add new Republicans who support Trump’s agenda.

With your help, we can give President Trump the Congress he very much needs.  Without it, we’ll be sitting on the sidelines, unable to help. 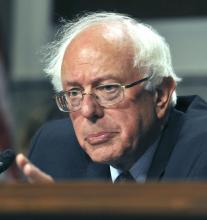