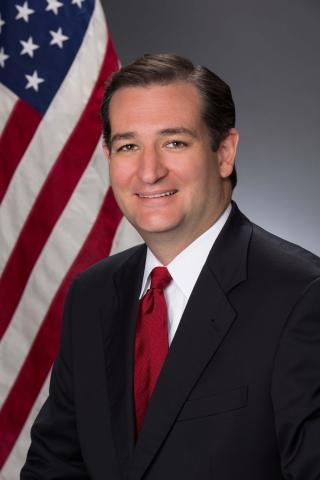 1.The Bush dynasty is finally over

Former President George Bush is supposedly still popular in South Carolina. Still, not even his personal appearance in the state was enough to save brother Jeb’s flailing campaign. Once the votes were counted, Bush finally put his campaign out of its misery by officially leaving the Republican race. Humiliating defeat was not what the GOP establishment was expecting when they anointed Jeb Bush the Republican nominee last summer. Unfortunately for Bush and the GOP elite, grassroots voters had a different idea. They sent Republican power brokers a loud message: Just because you call the tune, don’t expect us to jump to it any longer.

Marco Rubio edged out Ted Cruz for second place in the South Carolina voting. Rubio’s finish looks good mostly because he bounced back from a disastrous misstep in the February 9th New Hampshire primary. Give Rubio credit: He plays the “expectations game” very well. After outperforming the polls in South Carolina, you would have thought Rubio actually finished ahead of Donald Trump. Naturally, the media played right along. With Jeb Bush’s exit, the Republican establishment is quickly closing ranks around Rubio’s candidacy. As if in lockstep, the media gave Rubio’s second-place South Carolina finish more credibility than it deserved. Sooner or later Rubio will need to record an actual victory to keep pace with Trump and Cruz. The big question for the Rubio campaign right now is will that victory come before it’s too late?

3. Carson and Kasich should follow Bush to the exits

Ohio Governor John Kasich and Dr. Ben Carson combined for about 15 percent of the vote in South Carolina. That doesn’t bode well for either in terms of having any chance to be nominated. Under no reasonable scenario do Kasich or Carson become competitive, much less record the string of victories they need to get in contention. Their continued presence in the Republican race doesn’t bode well for Cruz and Rubio, either. The conventional wisdom that Carson is costing Cruz votes and Kasich is costing Rubio votes mostly makes sense.

By exiting the race now, Carson would preserve the quiet dignity he has for the most part displayed over the past several months. There is no shame in his departure. The timetable for Kasich is less clear. The 66 delegates up for grabs in Ohio’s March 15 winner-take-all primary are an attractive target. However, Kasich has no credible path to victory. He should end his campaign no later than after Super Tuesday and leave Ohio to a candidate who actually has a chance to win the nomination.

4. Ted Cruz has a big problem

When the media polls a day or two ahead of the South Carolina primary showed Donald Trump’s lead slipping to single digits, the establishment editorial writers, reporters and bloggers couldn’t wait to say “I told you so.” They couldn’t wait to proclaim the pending end of Trump’s candidacy and a return to establishment dominance of the GOP. Finally Trump was about to get his comeuppance a week after attacking the Bush family in harsh, personal tones and a few days after verbally sparring with the Pope. Instead, the polls were wrong. The media made themselves look foolish. Trump rolled up an impressive ten-point victory that earned him every delegate at stake in the South Carolina primary.

No Republican candidate who has won both New Hampshire and South Carolina has ever lost the GOP nomination. A victory in the Nevada caucus three days later only confirmed that Donald Trump’s claim to be the leading anti-establishment candidate has given him a commanding lead in the Republican race. Trump approaches Super Tuesday on March 1 from a position of strength. He stands to add to his lead ahead of March 15, when the rules for awarding delegates change to allow winner-take-all. Time is already running out for Trump’s main rivals to stop him. If they don’t make a big move soon, the establishment’s nightmare scenario of Donald Trump winning the Republican Presidential nomination may very well come true sooner than many expected.