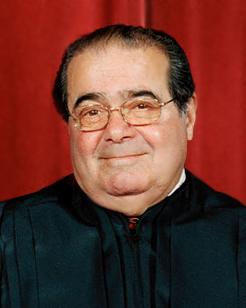 Just when the shock of Supreme Court Justice Antonin Scalia’s death on February 13 was wearing off, Barack Obama outraged millions of Americans by announcing that he would not attend Justice Scalia’s funeral.

Maybe Mr. Obama was too busy firing up the left-wing special interests he might need in a campaign to confirm the liberal extremist nominee he is expected to name as Justice Scalia’s replacement. Or maybe Mr. Obama couldn’t let the funeral of a true giant in judicial history get in the way of shaming the Republican-controlled Senate into rubber stamping a nominee who without a doubt would produce a majority bloc of five radical leftist justices that would proceed to undo everything Justice Scalia stood for.

After all, Obama had every reason to believe that establishment Republican and U.S. Senate Majority Leader Mitch McConnell was no threat. All Obama needed to do was let his Senate attack dog Harry Reid off the leash and before long McConnell would be eating out of his hand. McConnell has repeatedly rolled over in the interest of phony “bipartisanship” and “compromise” before. Surely, Mr. Obama must have thought, with Reid and the liberal media doing his dirty work, confirmation of the fifth left-wing justice was merely a formality.

For his part, Senate leader McConnell started out saying all the right things. He pointed out, correctly, that the Senate has no constitutional obligation to consider Obama’s nominee and that the Senate is within its right to withhold consent of any nominee. Senate Judiciary Committee Chairman (and fellow establishment GOP figure) Charles Grassley added a promise that he would not hold hearings on the Obama nominee. So far so good.

However, Obama didn’t need to wait very long until cracks began forming in the seemingly solid wall of GOP opposition. Two liberal Republican senators, Mark Kirk of Illinois, and Dean Heller of Nevada, broke ranks first. Both of them declared that the Senate should at least give the Obama nominee a fair hearing. Then Judiciary Committee Chairman Grassley backed off his earlier refusal to hold confirmation hearings. This was the Republican Senate Obama had come to know and love: a spineless opposition that heads for the hills at the first hint of rebuke from the editorial writers at the New York Times and Washington Post.

Amidst the Senate’s pending betrayal, conservatives sounded the alarm. FedUp Political Action Committee launched a petition drive aimed at holding McConnell’s feet to the fire. FreedomWorks and other conservative groups organized their own grassroots pressure on McConnell. Finally, on the night of February 23 in a meeting with the conservative House Freedom Caucus, McConnell made the most resolute promise anyone has probably ever heard from him. He told the Freedom Caucus there is not a “snowball’s chance in hell” the Senate will take up any Obama nominee to replace Justice Scalia.

Maybe it was just a coincidence that McConnell’s forceful vow came right when he was getting bombarded with petitions, e-mails, letter and phone calls to hold fast to his earlier promise. For the moment at least, the grassroots pressure worked. And it will keep working so long as conservatives don’t let up. The fact that Obama never saw it coming doesn’t mean we can declare final victory. Don’t expect the Left to throw in the towel on this golden opportunity to change the direction of the Supreme Court for decades. Still, the chance they will succeed is a lot less likely now than it was a few weeks ago.