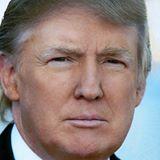 Donald Trump may suffer major defections from conservatives if he is the Republican nominee according to a poll by FedUp PAC.  Only 66% of conservatives say they would vote for Trump in November, while 18% would not and 16% are undecided.

Conservative defections may explain why Trump usually runs behind other Republican candidates when matched against Democrats Hillary Clinton and Bernie Sanders.  By an overwhelming 85% to 12%, conservatives agreed that Trump needs to take positions that will win him support from the right.

The poll shows sharp divisions among conservatives in the way they see Trump.  A majority of 53% are concerned that he would appoint Supreme Court justices who would be more liberal than Antonin Scalia, while 44% trust him to make conservative appointments.

Trump’s praise of ObamaCare’s individual mandate causes more worry, with conservatives agreeing by 66% - 26% that this is a problem.

Trump’s “New York values” cause an almost even division. Those who are concerned with how those values would affect his presidency have a 50% to 47% edge over those who are not.  Concern over Trump’s divorces and public boasting of adultery show a slightly more negative split of 54-45%.  His use of profanity is defended by 34% and found unsuitable for a president by 56%.

However, when it came to Trump’s overall temperament, 51% found it acceptable.