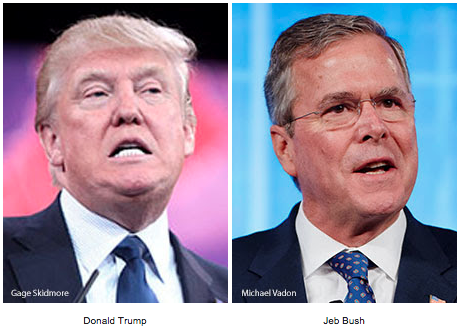 Donald Trump has offered a detailed plan to stop illegal immigration from Mexico.

Conservative commentator Ann Coulter called Trump's plan "the greatest political document since the Magna Carta." But Jeb Bush attacked the Trump Immigration Plan by calling it "unrealistic" and saying that it's not "grounded in conservative principles."

As a concerned American: Do you stand with Donald Trump, or Jeb Bush? Tell us who you think will do a better job of protecting our border and putting an end to illegal immigration.

Thank you, in advance, for taking part in our nationwide poll!