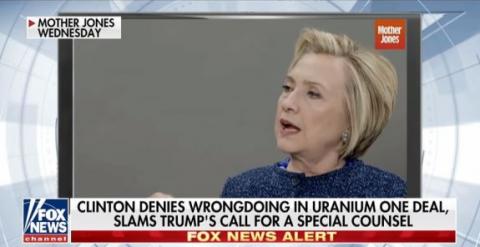 As our friend and former Assistant U.S. Attorney Andrew C. McCarthy observed in an article for National Review, the Nunes memo states that the Australian report “triggered the opening of an FBI counterintelligence investigation in late July 2016 by FBI agent Peter Strzok.” This prompted a celebratory assertion by the New York Times that this “confirms” that actions taken by Papadopoulos “were a factor in the opening of the [Trump-Russia] investigation” — a storyline the Times started pushing after it became known that the dossier that drove the Trump-Russia narrative was partisan opposition research.

The problem for the New York Times and others on the Left is that in a logical universe the allegation that a foreign government had “dirt” or compromising information on a former U.S. Secretary of State and current presidential candidate would trigger a counter intelligence investigation of who; the messenger or the allegedly compromised official?

The compromised official of course.

But the Obama-era FBI and Department of Justice operated according to political logic, not counterintelligence logic, so if, how or when Hillary Clinton might have been compromised was irrelevant.