He Just Can’t Help It 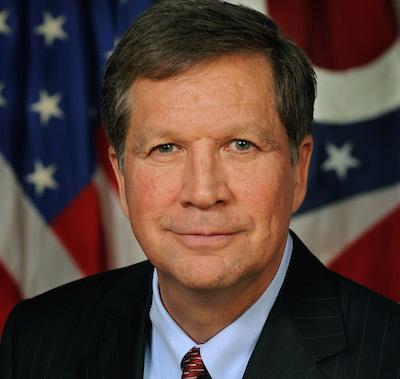 Despite a handful of defections by liberal Republicans-in-name-only (RINOs), most in the U.S. Senate Republican majority are holding firm in opposition to Senate consideration of federal judge Merrick Garland, President Barack Obama’s “moderate” nominee to replace the late Justice Antonin Scalia on the U.S. Supreme Court. Even Senate Majority Leader Mitch McConnell and Judiciary Committee Chairman Charles Grassley – GOP establishment stalwarts and the two most important players in the battle against Garland’s confirmation – have so far held the line.

This nearly solid wall of opposition to the Garland nomination seemed almost too good to be true. After all, if there’s one thing establishment Republicans are known for, it’s cutting and running at the first hint of a scolding from Harry Reid or a cross word from left-wing “social justice” warriors. And wouldn’t you know it – a suddenly influential member of the Republican establishment broke ranks last weekend. Only it wasn’t a U.S. Senator. The culprit was John Kasich, governor of Ohio and Republican presidential candidate.

Kasich told Chuck Todd on NBC’s Meet the Press, “I think they [U.S. Senators] can go ahead and have a meeting with him [Garland]. The senators can meet with this gentleman. And then maybe ultimately, if I’m president – which I think we have a good shot at being – maybe he’ll be under consideration for the Supreme Court. I don’t know. But they ought to meet with him. Show him that amount of respect.”

Afterward, Kasich couldn’t backpedal from his Meet the Press comments fast enough. He later claimed that he was only being “polite” to Judge Garland and that, of course, Garland is “not gonna be my pick for Supreme Court.”

Notwithstanding the fact that Kasich has a nearly zero chance of ever being in a position to nominate a Supreme Court justice, Republican primary voters can be excused for any confusion that resulted from Kasich’s verbal gymnastics. Kasich went on a national TV news show and said good things about a wolf-in-sheep’s-clothing Supreme Court nominee that Barack Obama is trying to manipulate Senate Republicans into confirming, a nominee who would lock in for years to come a five-justice left-wing majority on the highest court in the land. Then a few hours later, Kasich tried to take it all back. Republican voters need to ask themselves which John Kasich they believe. Naming a Supreme Court justice is serious business. It’s more serious now than ever considering that Obama seeks to cement an extremist liberal majority on the high court that would undo everything the late, great, Justice Scalia represented.

Besides proving that he can talk out of both sides of his mouth with the best of them, Kasich’s retreat also confirms another characteristic of a charter member of the GOP establishment: an utter lack of principles. If Kasich thinks Barack Obama’s nominee would be a good choice for the Supreme Court, Kasich should at least hold his ground and let Republican voters sort things out. Instead, he chose to cut and run at the first opportunity. Now Republican voters don’t know what to think. FedUp PAC has a suggestion that would eliminate the problem altogether. John Kasich should end his hopeless presidential campaign and let Donald Trump and Ted Cruz fight it out the rest of the way, one-on-one, without Kasich on the ballot to siphon off the GOP vote. That’s what a vast majority of Republican primary voters want anyway. Maybe one of these days soon, John Kasich will get the message. 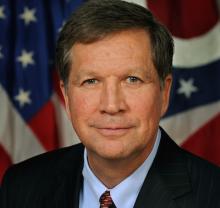 Indiana: The Establishment Strikes Back