Tales of Courage and Cowardice in the Culture Wars

This is a tale of two governors, but it’s no bedtime story. Instead, it’s a profile in courage alongside a profile in cowardice. Both of the governors in this tale are Republicans. One of them – Phil Bryant of Mississippi – is true to the traditional Republican principle of upholding the Bill of Rights. The other one – Nathan Deal of Georgia – is a Republican-in-Name-Only (RINO) who betrayed those principles at the first hint of pressure from liberal elitists. Like every tale, this one has a backstory, one you will be hearing about more and more as left-wing zealots press their attack on freedom of religion.

Before the U.S. Supreme Court ruling last year that redefined marriage, President Obama told opponents of same-sex marriage not to worry. He assured one and all that gay marriage would not infringe on anyone’s beliefs, much less the First Amendment protection of freedom of religion. Before long, however, homosexual militants proved just how hollow the President’s assurances really were. Across the country, they declared war on Christian business owners whose beliefs do not allow Christians to serve or participate in gay weddings.

Tired of the bullying, intimidation and hate speech of anti-Christian extremists, Christian businessmen and women began lobbying their elected officials for protection. In response, some states took up what quickly became known as Religious Freedom Laws. The effect of these laws was to defend the religious beliefs and moral convictions of citizens who believe that marriage is the union of a man and woman, not of two men or of two women. Not surprisingly, Religious Freedom proposals became popular in the conservative South. That’s where this tale takes an unexpected turn.

Governor Phil Bryant signed a Religious Freedom Law in Mississippi despite the threat of an economic boycott. Hollywood and Big Business are working hard to intimidate any state that even considers a Religious Freedom Law. Every Christian business owner in Mississippi owes Governor Bryant a thank you for refusing to knuckle under to economic blackmail from corporate giants like Coca-Cola and Disney.

If Governor Bryant showed some backbone in standing up to corporate bullies, spineless RINO Governor Nathan Deal of Georgia folded like a cheap suit. Deal vetoed a religious freedom bill that would have protected the rights of religious leaders to marry only heterosexual couples in accordance with their beliefs. The bill would have also allowed faith-based organizations to use their property and staff in a way that is consistent with their belief system. Nothing in the bill prevented gay marriage or denied a homosexual person access to private businesses. Even so, Hollywood studios and stars came down hard. They threatened to cancel their filming in Georgia. What’s more, the National Football League hinted that Atlanta would not be used for future Super Bowl games if the Georgia bill became law. The corporate pressure was too much for RINO Governor Deal. He wasted no time raising the white flag of surrender.

In his veto statement, RINO Governor Deal echoed the talking points of the radical Left by suggesting that principled Christians who believe in traditional marriage are the ones guilty of discrimination. Jane Robbins, senior fellow with the American Principles Project, took a different view. She told Breitbart News last month, “Quite simply, and shamefully, he [RINO Governor Deal] traded away religious liberty in response to threats and bullying. But he’s mistaken if he thinks this battle is over,” she added. “Georgians of faith will be back – this year, next year, as long as it takes – until we secure protection of our God-given liberties.”

RINO Nathan Deal would do well to heed that warning. Grassroots conservative Republican and independent voters are sick and tired of betrayal from GOP establishment types like RINO Nathan Deal. If the success of outsider presidential candidates Donald Trump and Ted Cruz in Georgia’s presidential primary earlier this year is any indication, RINO Deal may soon be facing a reckoning entirely of his own making. In this tale of two governors, the one who turned his back on the voters who put him in office might learn the hard way that principles still matter.

Please take this chance to fill out the FedUp PAC Straw Poll and let us know where you stand.

Will Republican Leaders Do More Than Talk About the Constitution?

Will Republican Leaders Do More Than Talk About the Constitution? 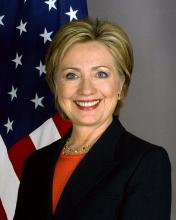