Will Republicans Allow Democrats to Steal the 2016 Election?

Do Washington Republicans care whether Democrats steal the 2016 election from Donald Trump and Republican candidates for Congress?

In 2012 an Ohio supporter of Barack Obama admitted to casting multiple votes for him (perhaps as many as six). One year later, a woman was caught after casting 24 votes to help elect her boyfriend.

Were these just isolated examples which can be safely ignored? Democrats say that there is no reason to worry about the honesty of our elections and that any measures to improve ballot security are nothing but an attempt to prevent poor, uneducated, or minority Democrats from voting.

The facts show that ballot security is a problem that must be addressed so that we can have confidence in the election process. Some Democrats, claiming that there is no problem, may really be concerned that honest elections will be more difficult for them to win. Unfortunately, they have found Republican allies in their battle to make it more difficult to fix the flaws in our election laws.

The American Civil Rights Union had no problem finding examples of people who voted using the name of another voter, as well as fraudulent voter registrations. The Heritage Foundation published a 147-page report with specific examples of election fraud in each of the fifty states. Many states with Republican legislatures have responded with legislation to tighten their laws, especially by requiring a photo ID.

The Obama administration has reacted with a string of lawsuits against those states. Justice Department official Justin Levitt told The Washington Post that there is “an immense amount going on” to fight such laws.

While the Justice Department insists voter ID laws are racially discriminatory, facts and experience suggest otherwise. The first year that Texas implemented its new law, voter turnout increased. North Carolina’s law was followed by a record-high turnout for a midterm election, and an increase in turnout by black voters.

It is not surprising that Democrats are worried about losing any possible advantage in 2016. Both President Obama and Hillary Clinton are unpopular, the economy is sluggish, and the national security policy of the past seven years has been exposed as a failure. A majority of Americans believe that the country is on the “wrong track”, 65% in the most recent Rasmussen poll.

What is much more disappointing is that some Republicans, including former House Judiciary Committee Chairman Jim Sensenbrenner, are helping Democratic efforts to block ballot security laws.

The 2013 Supreme Court decision in Shelby County v. Holder struck down the part of the Voting Rights Act that required some state and local governments to get permission from the Justice Department before changing their voting laws. This allowed Texas and North Carolina to enact photo-ID requirements without being subject to a veto by Justice. Now the Justice Department must sue state and local governments, presenting evidence instead of unsupported claims. Obama’s appointees no longer have the final word.

Astonishingly, Sensenbrenner has introduced HR 855, a bill to restore the ability of the Justice Department to oversee and veto the election laws of some states. It tells us a lot that the bill’s cosponsors include fourteen Republicans and ninety Democrats.

The supporters of Sen. Bernie Sanders have already complained that election fraud may have occurred to the benefit of Hillary Clinton in some states, including New York. The Attorney General of New York has even had to open an investigation of the claims.

It’s time for Republicans in Washington to get serious about election fraud. They should be giving 100% support to Republicans in state legislatures who are working hard to give us an honest vote count in November.

Please fill out our Don’t Steal Our Election Poll. 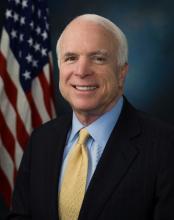