Conservatives Say Democrats Trying to Cover Up Abuse of Power 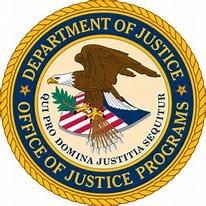 Conservatives are nearly unanimous in saying that Democrats attempted to prevent publication of the House Intelligence memo because they hoped to cover up the fact that the Department of Justice and the FBI had abused their power in opposition to the Trump campaign and President Trump.

An impressive 99% agree that the Democrats’ motivation in trying to keep the memo secret was that it “demonstrates that Justice and the FBI used their power for political purposes.”  Less than 1% believe that the Democrats were concerned about the memo’s impact on national security.

The memo, released on Friday, revealed that the FISA warrant used to spy on one advisor to the Trump campaign would not have been approved without the “evidence” in the notorious “dossier” on Donald Trump prepared by Fusion GPS.  The judge who was asked to approve the warrant was not told that the “dossier” was a partisan document, paid for by Hillary Clinton’s campaign and the Democratic National Committee.  Nor was he told that the dossier’s author was a man strongly opposed to Trump’s election.

James Comey, while director of the FBI, publicly conceded that the FBI had not been able to verify the charges in the dossier, and they are still unverified.

The use of the dossier points towards Obama administration use of the FBI and Department of Justice for political purposes, attempting to help Clinton’s presidential campaign.  The FBI’s Deputy Director, Andrew McCabe, has already resigned while under investigation by the agency’s inspector general.