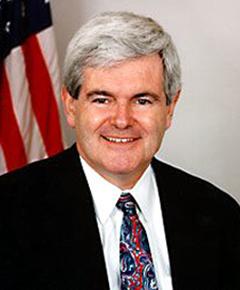 Former House Speaker Newt Gingrich is the top choice of conservatives as the vice presidential nominee of Donald Trump. Gingrich has the support of 44% of those polled, far more than anyone else.

Senator Ted Cruz and Dr. Ben Carson each has seven per cent, while Gov. Susana Martinez and former Gov. Sarah Palin are next at six per cent. No one else has as much as five percent.

Gingrich is rumored to be high on the list of Trump’s possibilities and has indicated that he would “very seriously” consider accepting if the offer comes.