The Better Voters Know Mitt Romney The Less They Like Him

Mitt Romney is to Republican politics what the little mechanical moles are to the arcade game Whack-A-Mole; an annoyance that bursts forth according to some malevolent algorithm and the faster you beat it down the quicker it pops back up.

Now Romney has popped-up in the hopes that Utah’s peculiar Republican primary system will anoint him as retiring Senator Orin Hatch’s replacement.

The only thing worse than having Mitt Romney in the Senate would be having Jeb Bush in the Senate, because, post his failed presidential campaign, Romney has been on the wrong or losing side of every public policy debate he has poked his head into. 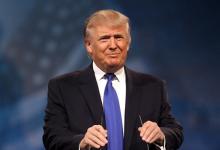 #NeverMitt Wins Round One Of Utah Senate Race