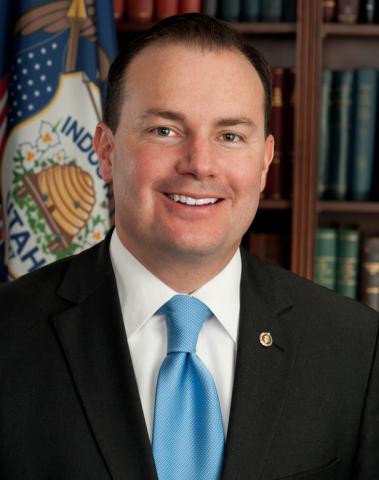 While attention has been focused on the 2016 presidential race, Republican insiders also had to fight back a challenge to their control over the Senate – and their success gave them only a temporary victory. Utah Senator Mike Lee, the first senator to endorse Ted Cruz for president, had announced that he would be a candidate for chairman of the Republican Policy Committee, which would put him in fourth place in the Republican leadership.

Lee hoped to replace Sen. John Barrasso, who would have had to leave the position according to a three-term limit in the Senate Republican rules. The same term limit would also have affected GOP Conference Chairman John Thune and Vice Chairman Roy Blunt, leaving those offices open as well.

However, Barrasso, Thune and Blunt are claiming that they should be allowed four terms since the first term of each lasted only one year rather than two. Lee pointed out that the rules say “no more than three terms”, with no exception for less than a full two-year term.

Senate Majority Leader Mitch McConnell supported the interpretation allowing one more term for each, determined to keep his reliably establishment team intact. Although anti-establishment Senator Jeff Sessions (the only senator to endorse Donald Trump), was quoted by The Hill reporter Alexander Bolton as saying “It might be a good signal to voters to have Mike Lee sitting at the table when decisions are getting made”, many other senators lined up behind the leadership.

Seeing the handwriting on the wall, Lee dropped his candidacy – for now. He will still have his chance in 2018.

Sessions had it right. It’s time for change in the Senate leadership. For too long they have led the way to accommodation with and appeasement of President Obama. The millions of Republicans who voted for Donald Trump, Ted Cruz, and Ben Carson, demanding a change in GOP policy, deserve to have a voice when decisions are made. Twisting the rules may have postponed justice, but our day will come.

Please take this chance to fill out the Change the Republican Senate Leadership Poll. Let us know where you stand.