Democrats and Media Cannot Dodge Blame for Violence Against Republicans 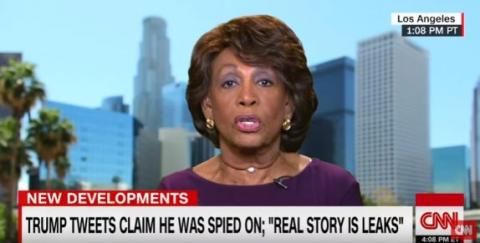 Conservatives believe Democrats and the media must accept responsibility for the political atmosphere that led to the shooting of Rep. Steve Scalise (R-LA) and four others by a leftist activist, according to a poll by FedUp PAC.

A nearly unanimous 99% agree that “Democrats and the media have been so extreme in their attacks on President Trump that they are responsible for the climate in which such violence naturally occurs.”

Criticism of Trump has reached levels not seen in many decades. Democrats in Congress have talked of impeachment as well as removal through the procedures of the 25th Amendment (presidential incapacity). The media have encouraged the idea that Trump is a criminal, insane, or perhaps both. Entertainment figures have openly flirted with the idea of assassinating Trump. All have portrayed Trump and his supporters as threats to the existence of America’s republican form of government.

Despite some pro-forma statements of sympathy following the shooting, the media quickly shifting to blaming conservatives for bringing violence on themselves while Democrats resumed their claims that Trump is involved with the Russians, wants to take away health care, and would allow an environmental catastrophe to destroy the world.