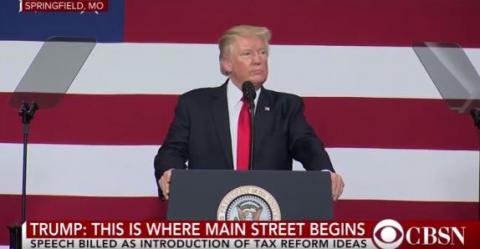 As CHQ Chairman Richard A. Viguerie explained in his book TAKEOVER, the first and most important impediment to governing America according to conservative principles is not the Democrats, it is the establishment Republicans who have proven to be singularly uninterested in making good on any of the campaign promises they made, or President Trump made, in 2016.

We are all for the President’s tax reform principles, but we hope he understands that, like Obamacare repeal, the problem getting it passed isn’t the Democrats, it’s the establishment Republicans like Mitch McConnell, Lindsey Graham and John McCain.