Will Trump’s Coattails Save McCain? 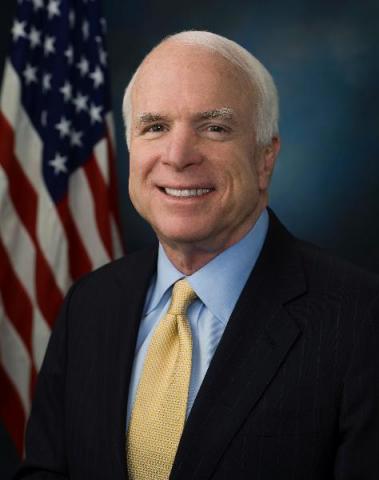 Three weeks ago we wrote about Sen. John McCain’s preemptive excuse in case he lost his reelection race. With polls showing him in a dead heat against Rep. Ann Kirkpatrick, McCain said it was Donald Trump’s fault. McCain was sure it could not be caused by his own often liberal voting record, especially on amnesty for illegal aliens. He saw Trump as an enormous liability.

But when Trump won the Indiana primary and became the presumptive Republican nominee, a funny thing happened. He appears to be helping McCain pull away from Kirkpatrick.

The latest poll (conducted by PPP) from Arizona shows that Trump himself has more support than McCain (45 to 42 per cent) and that McCain has now opened up a six-point lead over the Democrat. Trump is ahead of Hillary Clinton and is favored to win Arizona.

So will McCain apologize? Will he ask Trump to come to Arizona and campaign for him? Will he change his position on amnesty to be more like Trump’s?

McCain had better do something quickly, or he may not even be on the ballot in November. The poll shows him with only 39% support in the primary, while four opponents are splitting 35% and 26% are undecided. Time may be running out for him.