Conservatives Call Their Bluff, Democrats Back Down on DACA 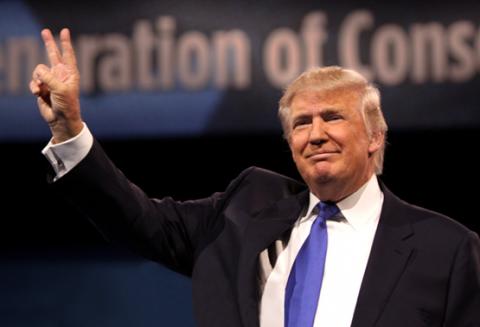 Democrats have been insisting for months that they would force Republicans to legalize Obama’s unconstitutional Deferred Action for Childhood Arrivals (DACA), giving amnesty to hundreds of thousands of illegal aliens.  Their ace-in-the-hole was a threat to shut down the government by blocking passage of the end-of-the-year funding bill unless DACA became law.

It was a threat that had worked over and over again in previous years.  Democrats remembered that the Republican leadership, under heavy pressure from the Washington establishment, was always ready to make concessions to avoid a government shutdown.  Spending bills would inevitably end up crammed full of money for the Democrats’ favorite programs.  Given that Speaker Ryan and Majority Leader McConnell were being pressed by Republican business interests to get the ball moving toward amnesty, with DACA as the first step, Democrats expected an easy victory.

But then something unexpected happened.  President Trump let it be known that he was not afraid of a government shutdown, and conservatives both inside and outside of Congress took a strong stand against surrendering on DACA.  A poll by FedUp PAC showed 96% of conservatives supporting a presidential veto of DACA even if it shut down the government.

At first, Democrats and their allies in the media remained confident that they were going to win.  Their contempt for the President and conservatives is so great that they could not believe we could stop their plan.

But this time even Ryan and McConnell got the message loud and clear.  They felt so much heat that they had to declare the Democrats would not get their way on DACA.  At the most, there might be a bill in 2018 that combined some form of DACA with tough enforcement against illegal aliens who deliberately broke the law.

Last week, the Democrats finally admitted defeat.  There will be no DACA in 2017 and the Democrats will not even try to use the funding bill as leverage.  It makes you wonder whether all those concessions in previous funding bills were “necessary.”  What if the Republican leadership had been willing to call the Democrats’ bluff then?

We still face the serious danger of a bill in 2018 that will legalize DACA in return for “concessions” on enforcement and deportation that are weak and meaningless.  There is also the danger that anyone benefiting from DACA might later be able to use the “chain migration” feature of current immigration law to make his illegal parents suddenly legal.  We still have many battles to fight to prevent amnesty.  However, we have proved that President Trump, backed by conservatives, can accomplish what the establishment considers impossible.