How Many Trump Opponents Will Go to Jail for Lying to Promote the “Collusion” Myth? 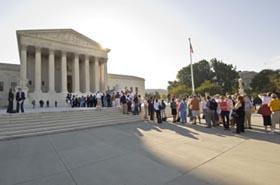 It’s been obvious for some time that claims of Trump’s “collusion” with Russia were nothing more than partisan propaganda, first used in an attempt to elect Hillary Clinton and then seized upon as a way of undermining Trump’s presidency.  Even Peter Strzok, one of the leading Trump-haters at the FBI, admitted privately that there was nothing to the accusations.

But if Trump is in the clear, is it possible that some of his enemies who participated in promoting the “collusion” story may be in legal trouble?  May some of them even be facing a jail sentence?

That seems more and more possible.

Christopher Steele, who prepared and peddled the infamous “dossier” of unverified (and almost certainly untrue) allegations against Trump now finds himself in the legal crosshairs for possible perjury.  In the words of Sens. Charles Grassley and Lindsey Graham, “it appears that either Mr. Steele lied to the FBI or the British Court, or that the classified documents reviewed by the Committee contain materially false statements.”  In their letter to the Department of Justice pointing out that Steele may need to be prosecuted, they also state that “there is substantial evidence suggesting that Mr. Steele materially misled the FBI about a key aspect of his dossier efforts”.

Bruce Ohr, who was associate deputy attorney general when the FBI began investigating the Trump campaign, also finds himself in legal trouble for hiding his wife’s connection with Fusion GPS, the company paid by the Clinton campaign and the Democratic National Committee to compile the “dossier”.  Ohr failed to report, on his annual financial disclosure, that his wife worked for Fusion GPS.  Reporting that fact would have revealed his conflict of interest.  Ohr faces the possibility of a $50,000 fine and five years in prison.

Former CIA director John Brennan falsely told Congress that he did not know who was behind the “dossier” and that the “dossier” was not part of the CIA’s evidence of Russian involvement in the 2016 election.  It certainly appears that he should now be in danger of prosecution for perjury.

And then there is James Comey, former director of the FBI.  His memos relating to conversations with President Trump have not been released to the public, but they may reveal that Comey has been lying.  Congressman Trey Gowdy, Chairman of the House Oversight and Government Reform Committee, has been allowed to read the memos.  According to him, “they would be defense Exhibit A in an obstruction of justice case – not prosecution Exhibit A.”  It also appears that Comey may have lied to Congressional committees last year.

The news media will be ignoring these stories as much as possible.  They will continue to tout accusations of “collusion”, “obstruction of justice”, etc.

That’s all part of the Democratic plan to win control of Congress in November and then proceed with the impeachment of President Trump.

That cannot be allowed to happen.  President Trump deserves a Congress that will be more supportive of his populist-conservative agenda.

FedUp PAC wants to give him that kind of Congress.

With your help, we can give President Trump the Congress he very much needs.  Without it, we’ll be sitting on the sidelines, unable to help.

Strzok Keeps Trying to Cover Up the Conspiracy Against Trump

Goodlatte and Gowdy Show Necessity for Another Special Counsel 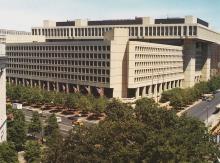