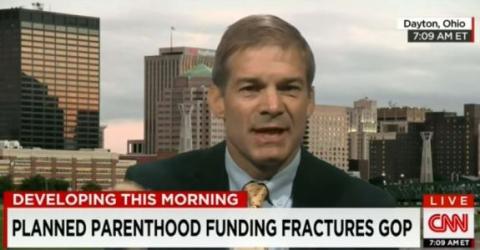 We’ve referred to Speaker of the House Paul Ryan as Democratic Speaker Paul Ryan because, even though he ran as a Republican, his policy goals have more often aligned with Democrats like Nancy Pelosi, Debbie Wasserman Schultz, Adam Schiff and Chuck Schumer, than they have with President Trump and the conservatives of the House Freedom Caucus.

Case in point is Ryan’s failure to produce on pro-life legislation.

For years Capitol Hill establishment Republicans have been running on defunding Planned Parenthood, and we recall that when establishment loser Mitt Romney was the GOP presidential nominee apparent, and was casting about for a running mate, one of Paul Ryan’s selling points was that he was “pro-life.”

Ryan’s pro-life bona fides were a mystery to most who looked deeply into his record, but they were apparently enough to jolly conservatives along through Romney’s content-free campaign for President.

Democrats Want to Be Known as the Party for Illegal Aliens

The Election of a New Speaker Begins with May GOP Primaries